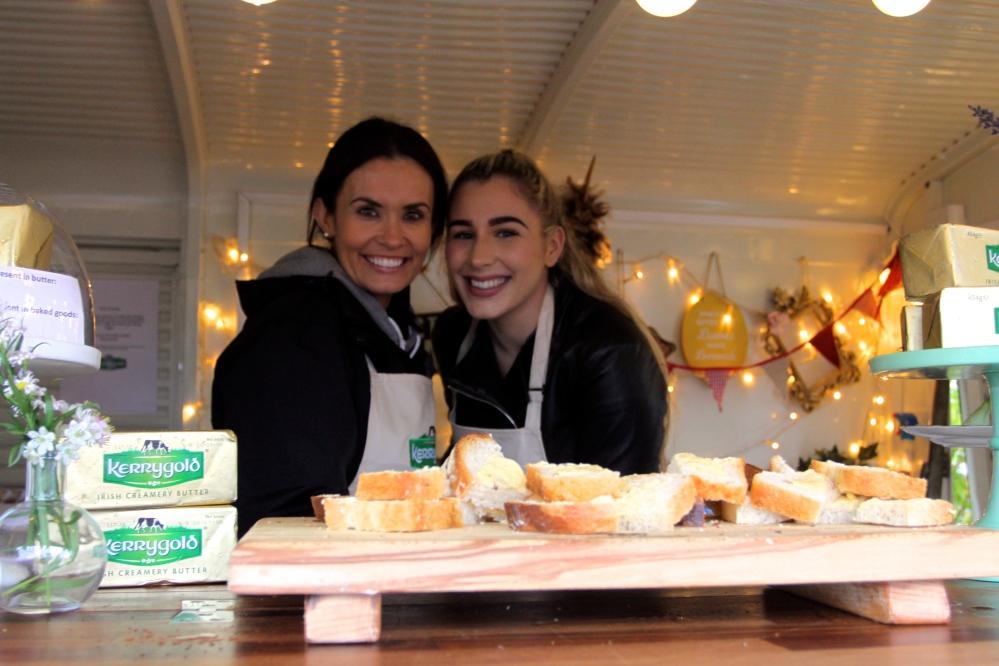 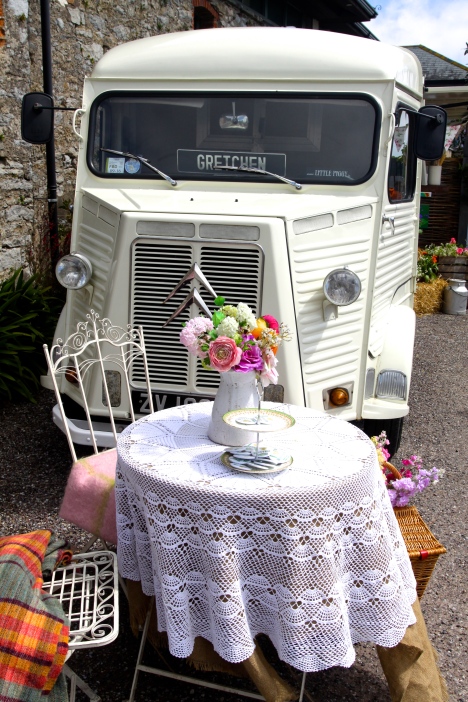 The Kerrygold Ballymaloe Literary Festival of Food. This was an entire weekend dedicated to food and its associations. There were cookery demonstrations, talks and lots of opportunities to taste wonderful cuisine. This is run with a series of events which are divided across the Ballymaloe estate including the cookery school. The Grainstore becomes an auditorium with a constant flow of short talks and presentations by writers and experts relating to both food and drink. The theme of this years festival “Our food…what’s the story?” There were various topics such as foraging and fermenting which I found particularly fascinating. 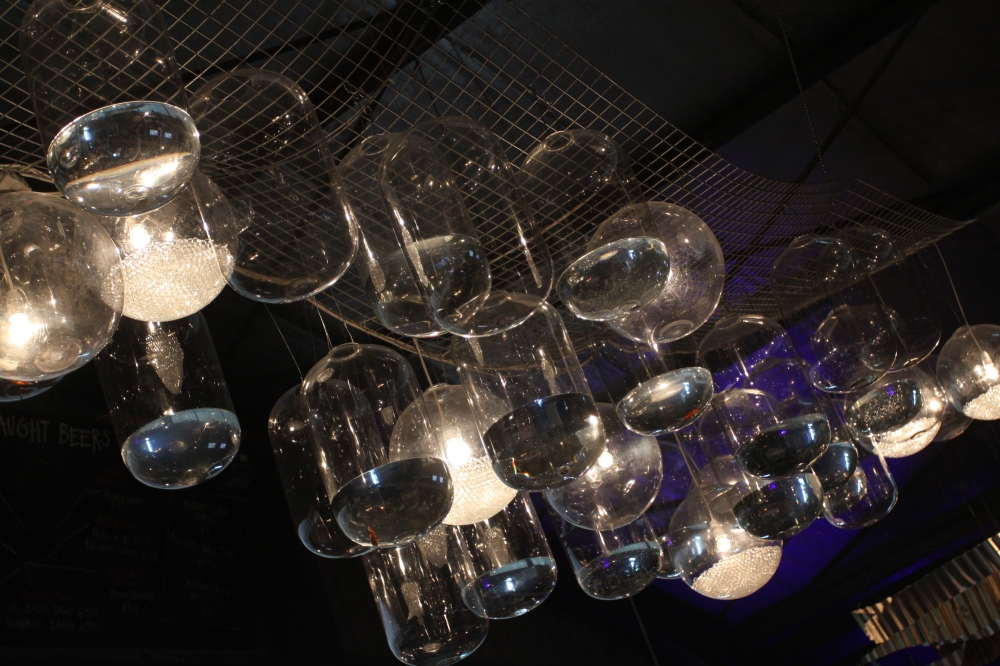 We arrived on the Friday afternoon in time for the evening celebrations. These were taking place in The Big Shed under a canopy of very imaginative lighting. Long tables decorated with rustic jars full of flowers of the field. Surrounding this dining arena were an array of food stalls. Set up in a marketplace style. The centre of the barn was full of long wooden tables for enthusiasts to sit and dine, drink and discuss. The Irish Fiddlers kept us all entertained and in high spirits as we sampled all the fantastic cuisine available. All the food stallholders were Irish producers of the highest quality. 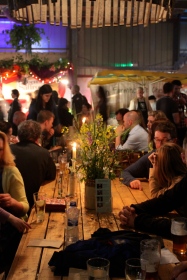 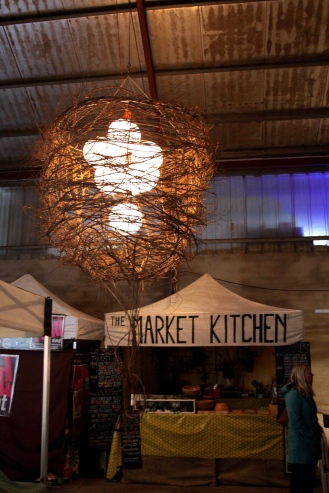 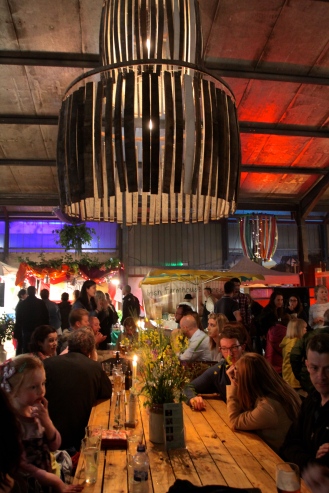 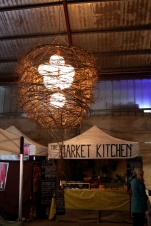 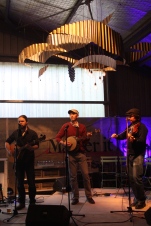 One of my favourite was Arun Kapil’s Green Saffron. We had two curries with the most incredible taste. One lamb based and the second with John Dory both amazing. There was a complexity of flavours as all the spices were so fresh and well blended that the end result was really outstanding. Based in Midelton Co. Cork but all  available on line. Arun also has a cookbook called Fresh Spice. We also tasted the Goat and Rose Veal Tacos from Broughgammon Farm an artisan butcher based in Ballycastle. Broughgammon Farm. Also excellent. Just outside The Big Tent was Fingal Fergusson of Gubbeens offering “Meat Fest” platters.Gubbeen Cheese. Immie who was recently a 12 week student at Ballymaloe was also singing the praises of Fingal’s quite outstanding knives which are of the highest quality and are a work of art Fingal Ferguson Knives. These are just a mere snippet of what was available and on offer inside the barn and all the artisan producers were fantastic. 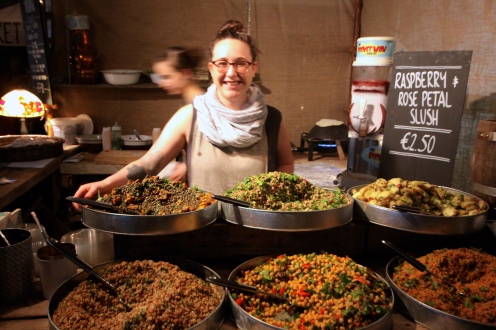 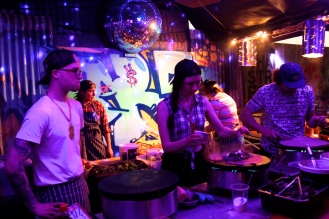 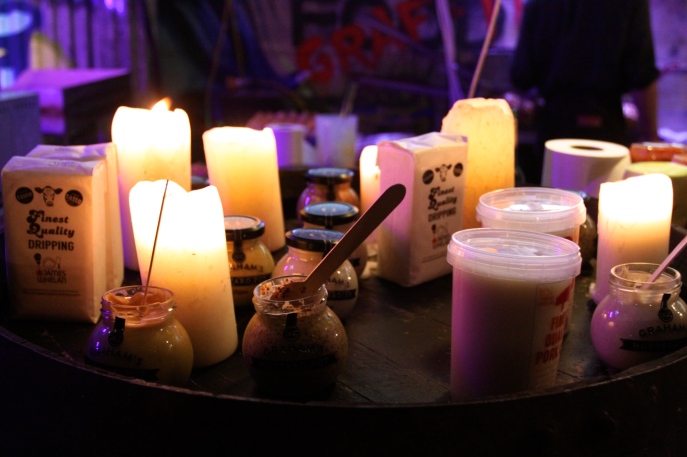 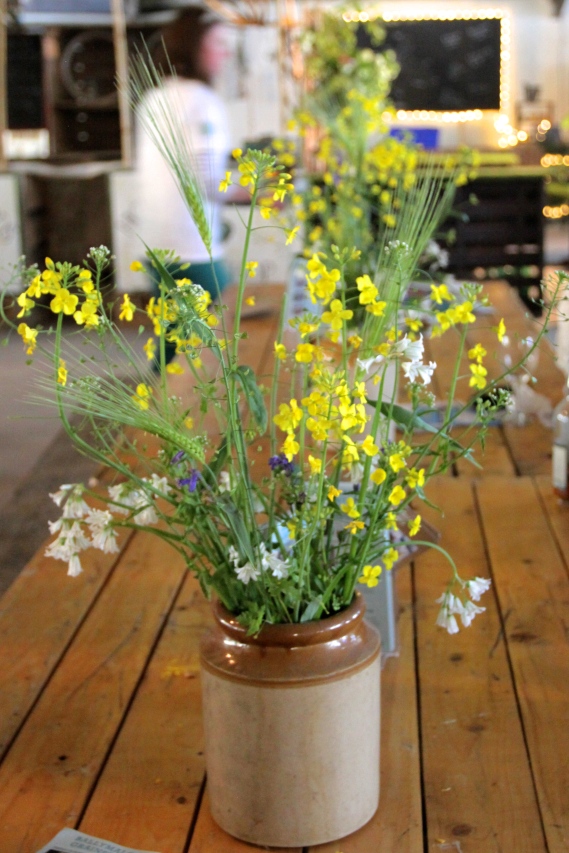 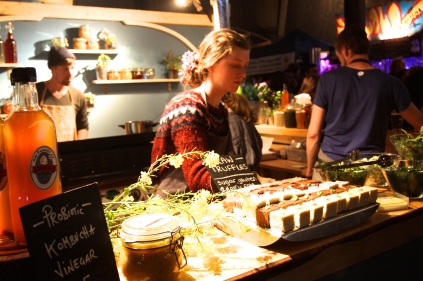 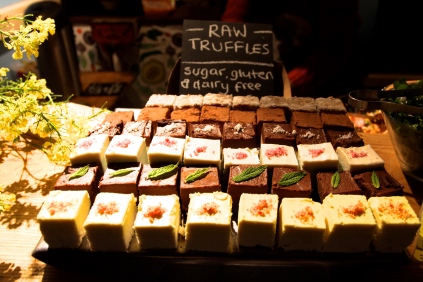